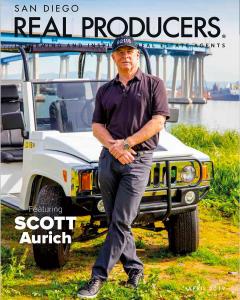 LOS ANGELES, CA, UNITED STATES, October 13, 2021 /EINPresswire.com/ — Tesla Inc., the electric vehicle and energy storage company, is moving its Palo Alto-based headquarters to Austin, Texas, the company's CEO Elon Musk said Thursday afternoon. The announcement came during an annual shareholder meeting hosted from inside one of Tesla's Gigafactories also located in Austin, Texas. Musk gave vague explanations for the move, but cited high housing costs and long commute for workers as well as growth limitations imposed by being in the Bay Area.

Acclaimed Realtor, Scott Aurich, understands this decision and sheds his perspective on this move. "Since I was born and raised in Texas and I didn’t move to California until I was 30, I can certainly understand moving a business like Tesla to a state that is 'business friendly' and provides economic and regulatory advantages," states Aurich.

But this is not the end for Tesla's story in California. Musk added that the company will "increase output" from its Fremont and Nevada factories by 50%. Propping up the benefits of the new location, Musk said the new headquarters will be five minutes from the airport and 15 minutes from downtown. And while the company will continue to grow in California, Tesla will expand "even more so" in Texas.

Aurich continues, "My heart will always be in Texas, but the lifestyle that living in Coronado, CA offers is worth the extra 'Sunshine Tax'! It’s been a wonderful Community to have raised my son in, and some of the relationships we’ve made here over the last 35 years are priceless."

Musk recently became an increasingly vocal critic against the golden state and Silicon Valley. In an interview during The Wall Street Journal's annual CEO Council summit, the Tesla CEO revealed that he moved out of California as it had become "complacent" in its leading economic status. He also suggested that Silicon Valley had become increasingly irrelevant.

Scott has over thirty years of diverse real estate sales experience. He has also developed single-family subdivisions, custom homes, luxury condominiums, and affordable housing. This extensive background in sales and development provides his clients with insights into what potential a property may have. Beginning in Residential Sales with his family's real estate business then owning and operating one of the more successful real estate brokerages in Coronado, California, Scott has been helping buy and sell real estate in Coronado since 1989.

Primarily focused on brokerage and development in Coronado, Scott has built a reputation for getting the job done. From representing buyers and sellers to negotiating with the city government, regarding development of subsidized affordable housing, Scott proves in every transaction he knows what he is doing and stands behind his work.

He is active in the community and sells Coronado as the greatest place to live on earth, which comes from Scott's heart. He is a past president of the Coronado Association of Realtors and last year was voted Co-Realtor of the Year, and remains dedicated to creating an excellent working relationship amongst all of the Brokers and Agents on the Island.