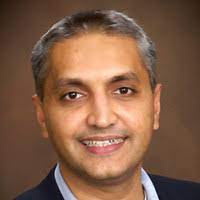 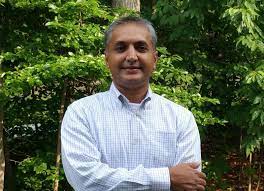 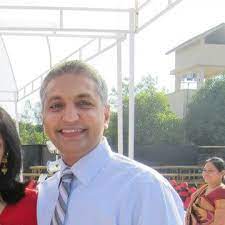 Sunil Jagani has an illustrious history in tech. He founded AllianceTek whose clients now include Johnson & Johnson, Royal Bank of Canada, and the NFL.

The entire concept of a cloud-based OS is disruptive, and putting a price tag on it is difficult because nothing like Windows365 has ever existed before.”
— Sunil Jagani

PHILADELPHIA, PENNSYLVANIA, USA, July 28, 2021 /EINPresswire.com/ — The announcement of Windows365 rocked the tech world on July 14, 2021. We thought there would be no better person to catch up with regarding this release, and what it means for tech, than Sunil Jagani, founder and president of AllianceTek.

Sunil Jagani has an illustrious history in tech. He holds both a Business Degree and a Master’s Degree in Software Development from Penn State, and his professional experience includes successful stints at multiple financial institutions, including Advanta and Bisys. In 2004, he founded technology company AllianceTek whose clients now include Johnson & Johnson, Royal Bank of Canada, and the NFL.

“Thank you for having me. Windows365 is a cloud-only Windows operating system. Users can access it from any device using only a web browser or Microsoft’s RDP client which is available on Windows, Android, and iOS. The Windows365 OS maintains its state from login to login so users can pick up where they left off instantly.

“Was this cloud-only version of Windows a surprise for you?”

“Yes and no. Ever since Satya Nadella took over from Steve Balmer as CEO, Microsoft has banked heavily on the cloud. Under Nadella’s leadership, the Redmond-based software giant’s shares have risen steadily.

“According to a TechCrunch article written about him in 2019, Nadella transformed Microsoft’s entire culture. Whereas, previously, Microsoft had an attitude of ‘Microsoft-only or bust,’ the company has made substantive changes to its ethos, adopting a more modern view of interoperability and cloud-readiness.

“Under Nadella’s leadership, Office365 was released. And with it, Android and iOS versions of Office apps appeared, as well as a browser-only version.

“Azure, Microsoft’s cloud-computing engine, became profitable. And then Microsoft won a $10 billion cloud-computing contract with the Department of Defense, shoving out Amazon who were the favorites. That was probably when everyone sat up and took notice—Microsoft was a different beast now. And it was investing big in the cloud.

“So, no, I wasn’t too surprised when it announced Windows365, although I didn’t fully expect it.”

“Windows365 is actually built on Azure Virtual Desktop technology but the procedure for signing up and getting started has been simplified tremendously.

“Azure’s virtual PC offering wasn’t designed for the end-user. It was set up at an organizational level, by an IT department. Setup was complicated and pricing is designed on a per-use basis.

“Amazon Workspaces also offer a Windows Virtual Desktop, and so does Citrix. Each of them suffers from the same failings—a complicated pricing model and difficulty of setup for the average user.

“With Windows365, Microsoft has made configuring a PC, choosing its RAM and CPU, a piece of cake. A lot of effort has been put into UX as well so that businesses can just get going right away.”

Business and personal use, plus pricing
“I heard that Windows365 is only available to businesses right now. Is that correct?”

“That’s correct. Windows365 is currently only available to businesses, but that includes one- person businesses.

“Again, this is in stark contrast with Azure’s virtual desktop which requires a minimum of 100 users. I don’t think it will be long before Windows365 is also available for personal use.”

“Microsoft will announce the price on August 2nd when Windows365 is officially launched. But The Verge reported a leaked price tag of $31 per month for a PC with two CPUs, 4GB of RAM, and 128GB of storage. That’s not the lowest tier of pricing, apparently.”

“Some people were not pleased with the Office365 subscription model. And $31 per month is almost $400 at the end of the year. Do you think this pricing is sustainable?”

“We don’t currently know what the pricing includes. As I said, the data was leaked. It’s conceivable that the price will include an Office license, so there would be a saving there.

“The entire concept of a cloud-based OS is disruptive, and putting a price tag on it is difficult because nothing like Windows365 has ever existed before. Automatic updates, uptime agreement, a fully managed OS, lowered security risks—these are all added-value items that people don’t get with personal computers. I think business clients will find these added-value security features worth paying for.”

Backward compatibility with Windows365
“Sunil, you offer software development at AllianceTek. What does Windows365 mean for application development? Does it signal the end of the .Net framework or Windows Apps?”

“Not at all. Windows365 is a fully-fledged operating system. The only difference is that it runs in the cloud. It’s not like ChromeOS which sits on the machine and is really just a glorified web browser. A remotely accessed Windows365 machine is a Windows machine and it can run compiled code and the .Net framework and Windows apps and everything.

“But there is, of course, always a small risk that some line-of-business apps won’t work in new versions of Windows. For companies that qualify and have over 150 users on Windows365, Microsoft is including their AppAssure service as part of the contract. AppAssure is a service where a dedicated Microsoft rep can be assigned to a company to help get their specific app working on Windows.”

Internet access and hardware
“What about internet access? People in remote areas will have trouble accessing Windows365. Won’t this be a problem for those who travel or people who live in areas with low connectivity?”

“Connectivity issues didn’t stop Google from launching the Chromebook in 2011. And Google was lambasted by the critics for that! The Register called the Chromebook a ‘damp squid’ at the time. But the skeptics were soon eating humble pie because, by 2016, Chromebooks were outselling macOS computers. And education institutions have bet big on the brand.

“But Google did eventually add some degree of offline capability to its machines, both in hardware and also in their web apps. You can use Google Docs and GMail offline these days, and Chromebook now runs Linux and Android apps, which is useful for those times you’re stuck somewhere with no internet.

“Jared Spataro, Corporate Vice President of Modern Work at Microsoft, said in a CNET interview that Windows365 will store nothing at all on the local machine. This is in contrast to the Chromebook. So, yes, that’s an interesting point. I predict that this limitation will change eventually, letting users at least keep something on the local machine, like Chromebook eventually did.”

“You mentioned the Chromebook. People do need a device to access this new Windows365 cloud operating system. What will happen when Windows 10 hits its sunset date? I doubt Microsoft will recommend that everybody buys a Chromebook or an iPad!”

“It’s a great question. And there’s the matter of OEM contracts and manufacturers with big- number deals to pre-install Windows on their machines. I doubt Microsoft will just throw that income stream away.

“Windows365 is essentially Windows 10 or Windows 11 when it is released, but operating remotely. It’s possible that Windows 11 will also be available for local machines.

“Or maybe Satya Nadella has something else up his sleeve. You never know!”

Is Windows365 secure?
“Sunil, last but not least. Let’s talk security. In your opinion, is a cloud-based OS better or worse than a local one?”

“A 2017 study found that there is one laptop stolen every 53 seconds. Lifespan Corporation recently had to pay a $1,040,000 fine for a data breach that occurred in 2017 as a result of a stolen laptop.

“Microsoft has baked security right into Windows365. There’s multi-factor authentication, Azure Active Directory, conditional access policies, and a few other security tools which can be managed via Microsoft Endpoint Manager to make accessing the OS virtually impossible without social engineering or theft of passwords and mobile phones combined. All things considered, Windows365 is a more secure bet than a local OS.”

“Sunil, thank you so much for spending time with us. It has been a pleasure speaking with you.”