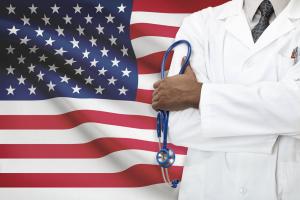 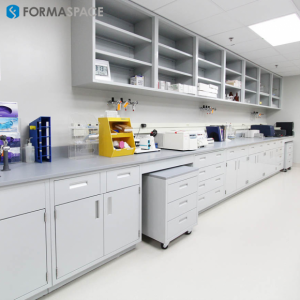 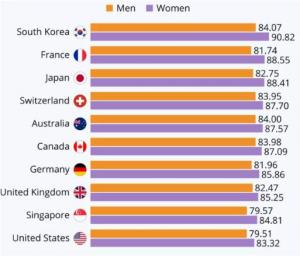 The American health care system, is showing signs of falling behind other industrialized nations, both in cost and health outcomes. What can we do about it?

It’s no wonder that medical debt has long been the leading reason for personal bankruptcy in the USA, and analysists now estimate that $45 billion in unpaid medical bills have been sent to collection.”
— Formaspace

AUSTIN, TEXAS, UNITED STATES, July 28, 2021 /EINPresswire.com/ — As Covid vaccination programs across the country push forward to inoculate ever higher numbers of the American public, now is a good time to reflect on the current state of our health care system and consider what we could do to make it more effective and efficient.

That’s what makes a new academic work, Health Insurance Systems: An International Comparison, researched and written by Thomas Rice, a distinguished professor of health policy and management at UCLA’s Fielding School of Public Health, such a timely and important resource.

Rice has conducted a thorough investigation of the costs and health outcomes of ten nations, including the United States, making it easier to make direct comparisons between countries and to identify the best practices in public health policy and finance.

Having Survived Three Supreme Court Challenges, The Affordable Care Act Is Now More Popular Than Ever
We’ll look in detail at Rice’s findings shortly. But it’s also worth mentioning at this point that the current US health care system we have today appears to be with us in its current form at least through the remainder of the current Biden administration.

That’s thanks to a recent Supreme Court decision not to invalidate the Affordable Care Act (or ACA, for short and often colloquially known as ‘Obamacare’), making this the third and likely final attempt in recent years to overthrow the law in court for the foreseeable future.

Pollsters have found that the ACA has also become more popular over time, with an increasing percentage of Americans approving the law, including the Medicaid expansion portion. Public opinion values a couple of key provisions of the law, including keeping young adults up to the age of 26 on their parent’s insurance plans, the exclusion of discrimination based on pre-existing conditions, and the elimination of time or financial limits on treatment coverage.

But the new law has many of us asking, does it make health care insurance truly affordable? The premiums, even with Federal subsidies, are not cheap. And coverage is not available for impoverished residents of states that elected not to extend Medicaid coverage to their low-income populations.

On the other hand, the ACA did expand health care coverage for tens of millions who previously had no health care insurance, and its importance has grown as millions more were laid off during the height of the Covid pandemic lockdown.

The Biden administration has helped the situation by re-opening the health care exchanges at the beginning of this year, and also by raising the individual premium support payments made by the Federal government.

Democrats in Congress are also looking at ways to expand Medicaid coverage to poor residents in states that did not elect to accept Medicaid expansion, such as allowing cities, counties, and even individual health systems to participate in Medicaid expansion directly, effectively bypassing the recalcitrant state governments.

There are also efforts underway to provide dental, hearing, and vision coverage the Medicare recipients (e.g. the over 65s) for the first time.

On the other hand, while Biden campaigned on the idea of creating a public option for the ACA health exchanges (in an attempt to drive down insurance costs), this idea remains on the back burner for the moment.

But Is The ACA Enough? We Still Pay Far More For Health Care Than Other Industrialized Countries

Increased subsidies and improved coverage plans might help stem the tide of seniors traveling over the border for discount root canals in Mexican dental offices or riding busses into Canada to buy cheaper prescription drugs – both of which were common practices prior to the pandemic.

But is it enough?

The concern that we are spending too much on health care, as individuals and as a government, is based in fact, according to Rice’s research. He writes that US per capita health care spending is nearly double that of the nine other leading industrial countries he studied, e.g. the UK, Canada, Sweden, Australia, France, Japan, Germany, Switzerland, and the Netherlands.

Rice also points out the US annual spend on health care consumes 60% more of our GDP when compared to these other countries.

Expressed another way, Rice estimates the US spent $3.5 trillion on health care in 2017, which represents 45% percent of the total world spending on health care, an amazing feat considering the US population is only 4% of the world’s total!

These increased costs here at home are born out in the higher prices paid for drugs and medical procedures.

For example, the delivery of a baby costs on average $11,167 in the US, while the same delivery in the Netherlands only costs $3,638. Similarly, a dose of the breast cancer drug Herceptin costs $211 in the US but only $48 in Germany.

It’s no wonder that Rice found that 1/3 of Americans reported they faced cost barriers to getting timely medical care during the previous year.

It’s no wonder that medical debt has long been the leading reason for personal bankruptcy in the USA, and analysists now estimate that $45 billion in unpaid medical bills have been sent to collection.

(To help alleviate this issue, a group of Democratic Senators has proposed the Medical Bankruptcy Fairness Act of 2021 to help address the number of bankruptcies expected as a result of the financial hardship caused by the Coronavirus pandemic.)

Are We Getting Better Care For All The Money We Spend? According To Rice, Most Health Care Statistics Say NO…

The next question is whether we are getting better results thanks to our increased spending on health care in this country.

Unfortunately, the answer is a definite NO, according to Rice.

Several key metrics tell the discouraging story of worse health care outcomes in the US:

The first is a comparison of mortality from preventable causes, e.g. cases where timely medical care should have been able to help prevent death.

On this basis, the US is in last place among the ten countries studied – we had 175 mortalities per 100,000 population – a figure that’s twice as bad as Switzerland.

Meanwhile, the World Health Organization reports that the US has fallen significantly in projected life expectancy; by 2030, Americans can expect to live to 83.32 years (female) and 75.51 years (male), but that puts us behind Singapore, the UK, Germany, Canada, Australia, Switzerland, Japan, France, and the new leader, South Korea, which is projected to have a life expectancy of 90.82 years for women and 84.07 years for men by 2030.

Given Our High Health Care Spending, Do We At Least Have Better Access To Primary Care Doctors?

According to Rice, having ready access to a primary care doctor is another major issue in the American health care system – despite our higher spending.

Equal access is also an issue, something that many individuals who moved to rural locations to work from home (WFH) during the Covid pandemic have found out – many rural areas are virtual health care deserts due to the many small, private hospitals that have closed over the past decade.

Contributing to an overall shortage of primary care doctors is the fact that so many US practitioners elect to become specialists rather than general physicians. Rice estimates that 2/3 of US doctors are specialists – likely due to the higher prestige and incomes associated with specialty practices. This skew toward specialists makes the US a distinct outlier from the other nine countries Rice studied, where the percentage of general primary care doctors is consistently 50% or higher.

So Why Is The Cost Of Health Care So High In The USA, And How Can We Get Better Outcomes And More Value For Our Money?

How to fix our health care system is the multi-trillion-dollar question.

It’s not only a complicated, patchwork system – one that many aptly describe as the ultimate Gordian knot – it’s also a problem that’s fraught with political discord.