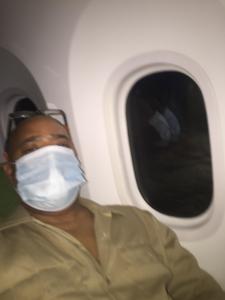 A teary-eyed Mooney reflects aboard a Ethiopian Airlines Flight on the tarmac in Dublin, Ireland. 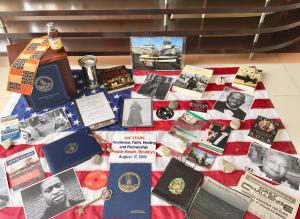 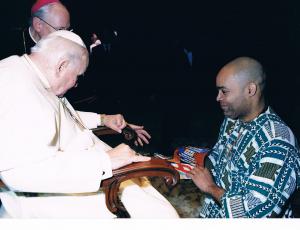 In Equatorial Guinea, Mooney also distributed COVID-19 supplies to the Archdiocese of Malabo, which was donated by the Diocese of Brooklyn and Office of Brooklyn Borough President.

Mooney's Ethiopian Airlines return flight from Africa would bring him back to Ireland before ending at Dulles International Airport in Virginia.

For that one hour on the tarmac in Dublin, I cried to myself. It was tantamount to coming full circle. My African ancestry is just as important as the Irish roots embedded in my soul, said Don Victor Mooney.

The last time Mooney touched down in Ireland was as an official international election observer for the Good Friday Agreement in 1998. Mooney has longed cherished his Irish roots, often highlighting a time-honored tradition for St. Patricks Day with corn beef, cabbage, and black eye peas.

Mooney's lineage in Ireland starts from County Tyrone, then his great-grandfather caught a ship from County Cork to the New York Harbor. Mooney is one of the founders of the Irish African-American Society of North America.

In Equatorial Guinea, Mooney hand-delivered a time capsule to H.E. Mr. Simeón Oyono Esono Angue, Minister of Foreign Affairs and Cooperation. The time capsule will be buried in the new administrative capital called Ciudad de Paz [City of Peace] in the province of Djibloho.

On his fourth try, Mooney became the first African American to row across any ocean. His 21-month journey started from the Canary Islands and culminated at the Brooklyn Bridge, in memory of his brother that died of AIDS and to encourage voluntary HIV testing. The boat christened the Spirit of Malabo was sponsored by the government of Equatorial Guinea, with the personal support of H.E. Obiang Nguema Mbasogo, Head of State.

On December 1, 2004 [World AIDS Day], Don Victor Mooney was blessed by Pope John Paul II at the Vatican, ahead of his first attempt to row across the Atlantic Ocean.