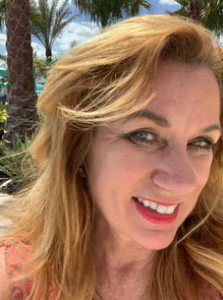 OCOEE, FL, UNITED STATES, April 2, 2020 /EINPresswire.com/ — When it comes to understanding that you have the ability to make your vision a reality, Wendy Cooper Ellerbe is the personification of this idea. As a businesswoman, she has served as a consultant for several Fortune 500 companies as well as an advisor and served on the chair for several cosmetology startup companies. "You want to be flexible while maintaining confidence", Wendy Cooper Ellerbe says when asked about the subject of keeping up with a small business as you travel the world. "If you don't feel comfortable doing it, then get out of the kitchen." It is this kind of tough love attitude that Wendy Cooper Ellerbe credits as what has allowed her to be a jet setting businesswoman who has quite literally made the world her oyster. Her attitude, as well as some lessons she has learned along the way, have made Wendy Cooper Ellerbe a success when it comes to handling a small business as you travel. And she isn't shy about sharing them.

This is the number one lesson Wendy Cooper Ellerbe has learned in her years as a strategic advisor to several companies. "You have to know what you are doing as well as how you want to do it. Communicating that is something that is so important that it cannot be understated." Wendy Cooper Ellerbe is extremely emphatic on that last point thanks to her initial years. "When I was first starting out, I would get frazzled. I had to learn the hard way that people don't listen to you if you question your own decisions." When her first company had to go out of business due to unforeseen complications in the economics of the company, "it was a nightmare", Wendy Cooper Ellerbe says. "But experience breeds confidence and you get tougher. You learn how to carry people who aren't there with you."

Being confident isn't enough. A key ingredient to maintaining a small business or startup is having the ability to be flexible in order to handle any situation with ease. "Things come up all the time that I have to deal with and the buck typically stops with me", Wendy Cooper Ellerbe notes when referring to issues that may arise at any time with any of her companies while she is not at the office. "I have learned that in order to carry out this kind of lifestyle, I have to be ready for anything." As traveling from city to city can be quite hectic, sometimes you have to figure out how to improvise.

"I lost my suitcase once," Wendy Cooper Ellerbe says while explaining a business trip to Spain. "So I asked the concierge what I could do and low and behold, they were able to connect me with a businessman who let me borrow his wife's suit." It is experiences like these that have formed Wendy Cooper Ellerbe's opinion about the people abroad. "You just have to find trust in them and the world has funny ways of inspiring you back as a gift."

Wendy Cooper Ellerbe currently travels the world around, helping businesses help themselves. It will be interesting to see where she takes new companies in the future with the lessons that she has learned.