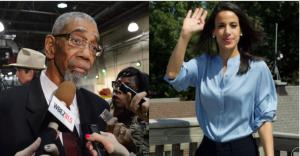 Chicago attorney Tom O'Connor, who is unaffiliated with Gad's campaign, says he believes her objections hold merit and may spell trouble for Rush. "The misnumbering of pages may sound trivial, but it's actually serious," says O'Connor. "When you combine that with scribbled out page numbers, absent signatures and dates, and a pattern of tampering, it becomes very serious." O'Connor admits he doesn't know if it will be enough to sway the Board of Elections in Bobby's disfavor. "Let me put it this way: I've seen candidates knocked off the ballot for a lot less. If it were any other candidate, I would say yes, absolutely."

Rush's campaign declined to comment on the allegations. A hearing on the matter has been scheduled for December 17th.