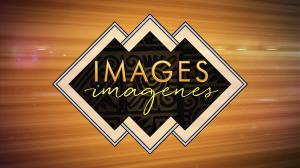 William Q. Sánchez, multi-Emmy Award Winning Executive Producer of the program comments that “the program features important stories of Latinx communities reflecting the diversity and complexity of a growing majority population in the state and the nation. It is exciting to reboot for new generations a program that William had produced for years with New Jersey Television Network. The magazine style program presents topics of interest to our viewers such as immigration, business, education, arts, culture, health, and wellness.”

Isabel Nazario, associate vice president of university diversity and inclusion and an executive producer of IMAGES/IMAGENES commented that “As a public affairs community engagement program it aligns with the university’s critical priority as noted in our strategic plan to advance inclusive diversity and foster a cohesive culture. It is an innovative program that provides a window into the changing demographics of the state and fosters understanding of the contributions being made by diverse communities. We hope to brand IMAGES leading to the development of similar programs about other diverse populations in the state.

IMAGES /IMAGENES is made possible with program funding from the following university units: Office of the Associate Vice President for University-Wide Inclusion and Diversity; the Vice President for Continuing Studies and Distance Education, both under the auspices of the Senior Vice President’s Office for Academic Affairs; and the Rutgers University iTV Studio, a division of continuing studies.