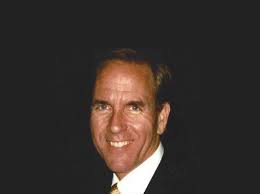 The BMT is priced at a 20 percent discount off the official listing price on LATOKEN through the end of September.

Everything is coming together. Listing on LATOKEN, with its attendant IEO, is the next logical step. It will be a catalyst for a number of deals in the pipeline.”
— Tom Meredith

ATLANTA, GEORGIA, US, September 20, 2019 /EINPresswire.com/ — Atlanta-based BitMinutes Inc., a financial services technology company (FinTech) that leverages blockchain and tokenization to help its partners deliver secure, affordable financial services to their customers, is building the right kind of momentum as it prepares to list its token (Symbol: BMT) on one of the industry’s most innovative exchanges, LATOKEN.
Plans call for LATOKEN to offer the BMT in an Initial Exchange Offering (IEO) through the end of October. The BMT will be priced at a 20 percent discount off the official listing price on LATOKEN through the end of September. The full listing goes live at the end of October.
BitMinutes CEO Tom Meredith noted that the timing of the listing is perfect, given recent corporate developments.
“For example, BitMinutes now has more than 5,000 customers in Nigeria, where the unbanked are using their BitMinutes to top up phones and as a unit of value for payments, much as Venmo works. BitMinutes began the initiative more than six months ago,” reported Meredith, who is pleased with the progress. He added that announcements involving other countries in Africa are imminent.
That growth is being fueled by another recent development involving an announced strategic partnership with Galaxia International, a remittance service operating in New York and New Jersey, to provide free money transfer online to 70 countries, including Nigeria. BitMinutes’ underlying blockchain technology facilitates the currency transfer through P2PCash.com.
“Everything is coming together,” said Meredith. “Listing on LATOKEN, with its attendant IEO, is the next logical step. It will be a catalyst for a number of deals in the pipeline.”
About LATOKEN
Founded in Russia, LATOKEN is not just a crypto exchange but also a decentralized multi-asset trading platform. The exchange allows easy trading in all major coins as well as many new emerging coins. It’s to stress here LATOKEN portal is based on DAG technology that assures super-fast trading in just seconds. Moreover, the exchange is extremely particular about security and has deployed advanced measures like encryption key, DDOS protection, 2FA to ensure a safe trading environ for users. The exchange also stores 99.5 percent of users’ funds in a cold wallet to prevent hacking.
About BitMinutes Technology
BitMinutes technology harnesses the decentralized power of the blockchain by leveraging the digital ledger behind user data for making purchases, transferring money, generating loans and using airtime minutes. Selling and lending BitMinutes-based micro-loans will create a business opportunity for entrepreneurs globally. BitMinutes turns the corner retailer into the corner banker, profitably delivering banking services to the smallest of villages and towns worldwide.
About BitMinutes, the Company
BitMinutes is a startup fintech company, founded in the U.S. Its token, the BitMinute (BMT), is exchangeable into universal prepaid airtime minutes. Prepaid minutes are already traded informally as currency within country mobile networks, available to billions of mobile phone owners.
BitMinutes’ tokens also allow peer-to-peer value transfer to over 1.2 billion bank and mobile accounts across over 70 contracted countries and prepaid airtime top-ups to over 4 billion mobile accounts in over 120 countries. More importantly, BitMinutes plans to facilitate the expansion of micro-credit lending in communities where lending is rare and too expensive for most individual borrowers. BitMinutes’ ownership and transactional records will establish a new type of consumer credit score for emerging market consumers who currently struggle with limited access to capital and a lack of traditional banking services.