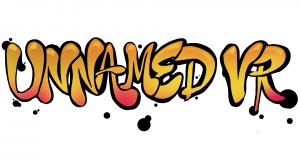 Based on the positive responses we’ve seen so far to Unnamed VR, we believe Unnamed VR offers great entertainment value and hours of VR fun for both new and experienced VR users,”
— said Ken Ehrhart, Paracosma’s Founder and CEO.

SAN FRANCISCO, CALIFORNIA, UNITED STATES, June 11, 2019 /EINPresswire.com/ — Unnamed VR, the new consumer virtual reality (VR) game from Paracosma Inc, will be previewed at E3 at the Los Angeles Convention Center, June 11-13, 2019. Paracosma will be in demoing its sandbox VR game in the South Hall at Booth 2754.

Unnamed VR is an open-ended sandbox game in which the only goal is to explore and have fun in VR. The setting is a large mansion with more than a dozen rooms. In the “regular rooms” most objects are interactive so you can pick up, juggle, throw or place any small objects. The vases break. The drawers and cupboards open. There are also a number of “mini game” rooms, such as the adventure room with zip lines, trampolines and climbing walls; the music room; the ping pong room; archery in an old-west stockade; a shooting gallery; an endlessly reconfiguring maze; the graffiti room; the 3d painting room; and the toy room.

“We are excited to exhibit again at E3 and to provide hands-on demos of our VR sandbox game ‘Unnamed VR’”, said Ken Ehrhart, Founder and CEO of Paracosma. “E3 attracts some of the most dedicated and demanding video game fans, and we look forward to their reception of Unnamed VR.”

Earlier prerelease versions of Unnamed VR have been demoed at E3, VRLA and GDC. User feedback from those expos greatly influenced the development of Unnamed. “Based on the positive responses we’ve seen so far to Unnamed VR,” says Mr. Ehrhart, “we believe Unnamed VR offers great entertainment value and hours of VR fun for both new and experienced VR users.”

About Paracosma
Paracosma Inc is an Augmented and Virtual Reality (AR/VR) game development and asset creation studio that also offers design, consulting and systems integration services and solutions on an outsourced basis to both small and large customers. Paracosma services include content creation, application development, and project implementation across a broad range of AR & VR platforms. In addition to consumer-focused entertainment, Paracosma creates enterprise training and simulation environments and applications as well as branding and marketing content and demos. Additional services include photogrammetry, 3D asset creation, rigging and animation. Paracosma is an Entertainment Software Association (ESA) member as well as a member of the International Game Developers Association.

About E3
The Entertainment Software Association’s annual Electronic Entertainment Expo (E3) is the world’s premier event for computer and video games and related products. At E3, the video game industry’s top talent pack the Los Angeles Convention Center, connecting tens of thousands of the best, brightest, and most innovative in the interactive entertainment industry. For three exciting days, leading-edge companies, groundbreaking new technologies, and never-before-seen products will be showcased.