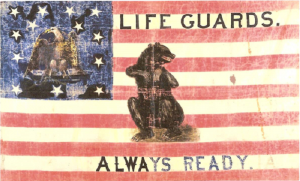 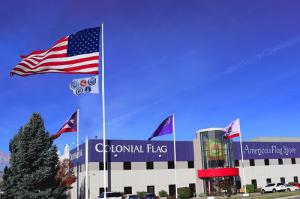 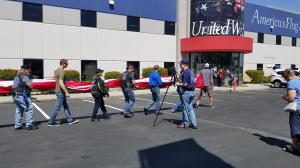 Enthusiasts of stories about Utah history & the Mormon Battalion will not want to miss this exhibit.

I believe our flag is more than just cloth and ink. It is a universally recognized symbol that stands for liberty, and freedom.”
— John Thune

SANDY, UTAH, UNITED STATES, June 11, 2019 /EINPresswire.com/ — When Eldred Gee Smith, the Patriarch Emeritus of the Church of Jesus Christ of Latter-day Saints died at the ripe old age of 106, a flag preserved by the descendants of Hyrum Smith passed down to his eldest son, E. Gary Smith, with the charge to safeguard the historic artifact.

Reportedly carried by the Mormon Battalion to California, the Life Guard’s flag was certainly carried by Utah Militia over a period of decades. It was last carried by Patriarch John Smith on horseback at the Pioneer Jubilee Parade on July 24th of 1897. Smith, the last standard bearer of the Life Guards, preserved the flag handing it down from eldest son to eldest son to its current custodian.

This rarely exhibited artifact will provide a great opportunity for those interested in western U.S. history. For many enthusiasts of Mormon Battalion’s and Utah Territory’s history, this is a "not to be missed exhibit".
The Life Guard Bear Flag can be viewed at Colonial Flag Company, located at 9390 S 300 W, Sandy, UT 84070 for a special Flag Day Celebration, June 14th from 10:00 a.m. until 1:00 p.m. with a flag raising ceremony at 11:00 a.m.

This annual Colonial Flag Company Flag Day event features the raising of a huge 30 by 60 foot U.S. flag on a 120 foot flag pole that has become a landmark for travelers on Interstate 15 in South Salt Lake County. Hot dogs, soft drinks and prizes will add to the Flag Day celebration.

FREE to the public, All are invited and welcome.