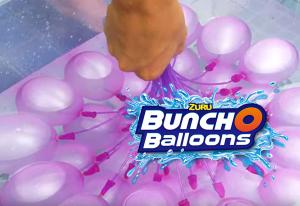 A federal judge doubled an award to $24.5 million for a toy company that won a case against Telebrands. Telebrands infringed patents on a water balloon device.

The court’s decision to double the underlying verdict is a testament to the well-planned and executed multi-day jury trial by the DBL patent litigation team.”
— Thomas Dunlap, Founding Partner

WASHINGTON, DC, UNITED STATES, March 29, 2019 /EINPresswire.com/ — Dunlap Bennett & Ludwig, a leading corporate and intellectual property law firm with offices across the United States, Canada, the United Kingdom, and China, announces a significant victory in a high-profile patent lawsuit. Recently, a Texas federal judge doubled a jury award to $24.5 million and added $4.75 million in attorneys’ fees and expenses for a toy company that won a case against Telebrands Corporation. In doing so, the judge found that Telebrands infringed two patents on a water balloon device. The judge also found that Telebrands’ intentional copying of the patented product and obstructionist tactics throughout the litigation rendered the case “exceptional.”

Inventor Josh Malone of Tinnus Enterprises invented a unique toy that he called “Bunch O Balloons,” which allows someone to fill as many as 100 water balloons in approximately 60 seconds. After introducing his invention on Kickstarter.com, Bunch O Balloons went viral online, raised nearly $1 million in funding, and received mountains of praise from the national media, including Time, People, Sports Illustrated, the Today Show, and Good Morning America.

Bunch O Balloons is protected by numerous U.S. patents, and is produced by toy manufacturer ZURU pursuant to a license with Tinnus. Before ZURU could bring a commercial version of the toy to market, Telebrands copied the product and released an “As Seen on TV” infomercial-style ad campaign blitzing the U.S. consumer market. Telebrands called its product “Balloon Bonanza.”

In response, Telebrands released a new product called “Battle Balloons” that made only minor changes from Telebrands’ previous Balloon Bonanza product. As a result, Tinnus and ZURU filed a second lawsuit against Telebrands in 2016, alleging that Battle Balloons also infringed their patents.

Dunlap Bennett & Ludwig also represents Tinnus and ZURU in that case. In this second lawsuit, the plaintiffs alleged that Telebrands deliberately copied Bunch O Balloons to produce Battle Balloons. Both products attach to a hose and fill multiple water balloons at once by channeling the water into the balloons. Tinnus’ and ZURU’s Bunch O Balloons product has repeatedly been the number one selling toy in the United States. Dunlap Bennett & Ludwig obtained a preliminary injunction against Battle Balloons and defended the preliminary injunction before the U.S. Court of Appeals for the Federal Circuit.

Despite Telebrands’ scorched-earth litigation tactics that the Texas court would ultimately find to be improper, Dunlap Bennett & Ludwig ultimately prevailed at a jury trial on the merits in November 2017. At that trial, the jury found that the plaintiffs’ patents were valid, that Telebrands wilfully infringed the patents when it sold Battle Balloons, and that plaintiffs ZURU and Tinnus deserved $10.25 million in lost profits and $2 million in royalties. The trial team led by Tom Dunlap included partners Cortland Putbrese and Brian Koide and attorneys Eric Olavson and K.C. Harrison.

Recently, U.S. District Judge Robert W. Schroeder III, the judge who presided over the trial, issued a 64-page opinion in which he added to the plaintiffs’ trial victory by doubling the jury award to $24.5 million. Judge Schroeder also awarded plaintiffs $4.75 million in attorney fees and expenses, and denied Telebrands’ motions for a new trial. It appears this is the most this judge has ever enhanced a jury verdict award in a patent infringement case.

In reaching this decision, Judge Schroeder criticized Telebrands’ conduct in the case. “After Balloon Bonanza was enjoined, Telebrands only made superficial changes to the product’s housing and renamed it Battle Balloons,” Judge Schroeder wrote. “In reality, Battle Balloons was functionally identical to Balloon Bonanza.” The court also noted several instances of litigation misconduct by Telebrands, including the filing of an emergency motion that a magistrate judge found was not an emergency and the filing of several other non-meritorious motions. The court concluded that Telebrands’ “excessive motions practice demonstrated an intent to delay and obstruct this action.” The judge also noted that Telebrands further failed to timely comply with discovery requests and attempted to reargue issues that were already decided by the court.

Despite these tactics, Dunlap Bennett & Ludwig persevered, obtaining a final judgment of approximately $30 million for Tinnus and ZURU. “We are extremely pleased with the outcome. The court’s decision to double the underlying verdict is a testament to the well-planned and executed multi-day jury trial by the DBL patent litigation team,” noted partner Tom Dunlap.

Retailers Bed Bath & Beyond, Fry’s Electronics, The Kroger Company, Sears Holding Corp., and Walgreen Co. were also named in the suit, and they are responsible for paying a small portion of the damages, according to court records.

DUNLAP BENNETT & LUDWIG PLLC
Dunlap Bennett & Ludwig is a leading comprehensive legal advisor to national and global businesses with 16 offices nationwide, as well as Toronto, London, and China. The firm was founded by U.S. Army veterans and has over 70 attorneys licensed to practice in over 40 states. Dunlap Bennett & Ludwig has been recognized as one of the top intellectual property law firms by IP Watchdog. For more info visit: www.DBLLawyers.com.